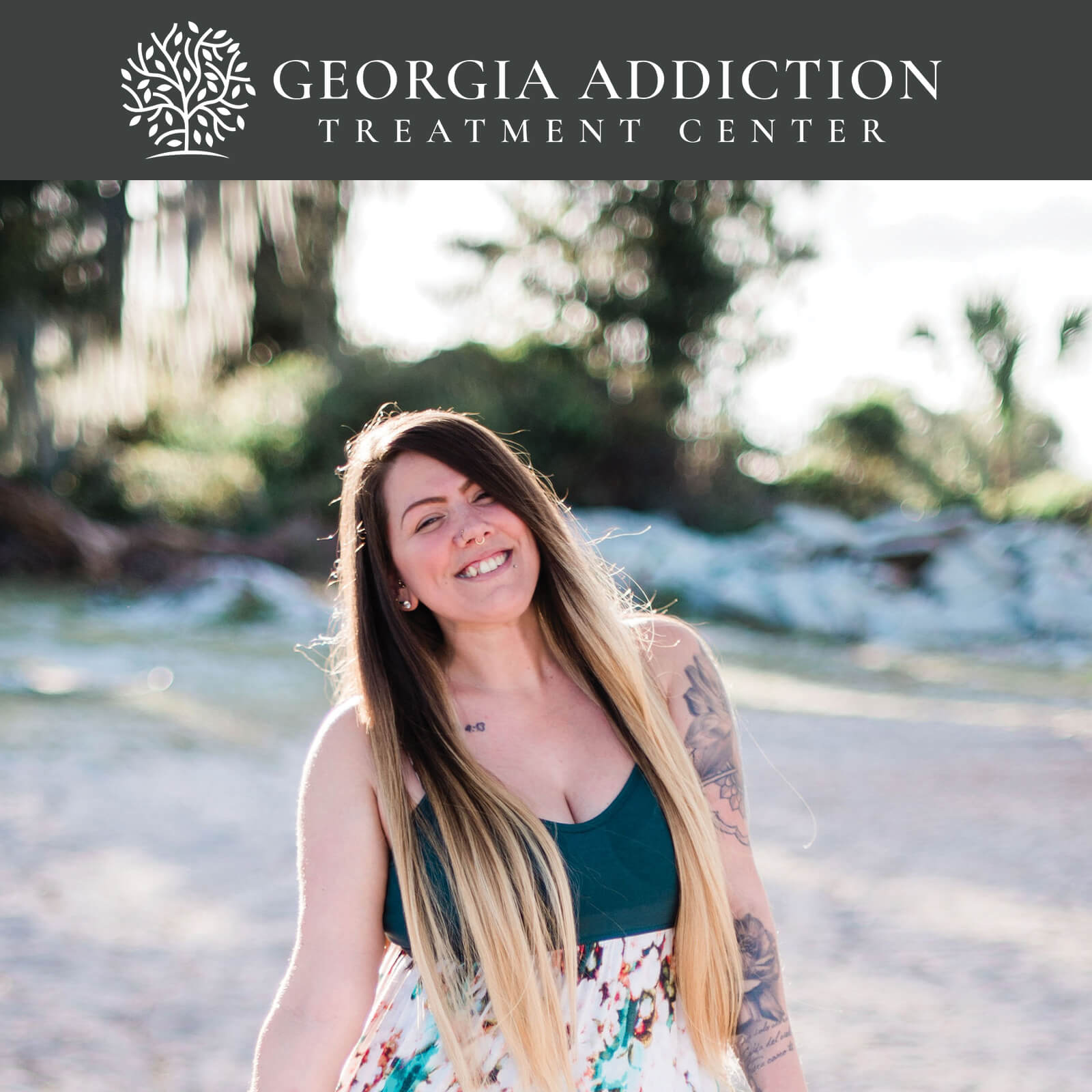 Justine Irizarry was born and raised in Miami, Florida. She was introduced to the world of recovery at a young age, but unfortunately, she was also introduced to drug use at a very young age, first picking up at age 13. “It was fun at first and then, of course, it wasn’t,” she said. After having her daughter just shy of her 20th birthday, Irizarry said her drug use accelerated “That’s when postpartum depression came into play,” Irizarry said. “It was a deeper seated emotion. I had struggles with an Eating Disorder and self-worth. My drug use went from abusing weight loss supplements to digging into crack cocaine.” Her first of many interventions came from a complete stranger. After a bender, Irizarry woke in her car at a gas station to a man tapping on her window. He told her she needed to get help. She returned home to her apartment and saw that the front door was left wide open and the house was ransacked. She didn’t yet realize that she was the one who did it during a black out. At age 25 she called a friend from Miami, who recommended that she attend a meeting in downtown Fort Lauderdale, Florida. It was during that period that she met the future Executive Director of Georgia Addiction Treatment Center, Jesse Stone.

Despite making progress in recovery, Irizarry felt she wasn’t putting her best efforts in the right places. “At that point in my recovery I learned very well how to fellowship, but when it came to sitting down and putting pen to paper and working the steps, it was still foreign to me,” she said. “I got to a point where I had eight and a half months but I never put effort into the steps. SoI did what any addict with no program would do and I got into a relationship with someone who had 90 days and was still in phase three of treatment. I relapsed.” During that time, she began using heroin and losing almost everything – her job, her apartment – in the process.

On September 1, 2016, Irizzary’s grandmother passed away, forcing her to look at her own actions. “I thought, “’Wow I wasn’t even present for her,’” she said. “I was so dopesick that even though the drive from Broward to Miami is only 45 minutes, I couldn’t even function to be able to go see her or anything.” Though Justine didn’t have money or health insurance, she was scholarshipped into a treatment program that accepted couples. She and her then-boyfriend made it through the program together and spent the next year “halfway hopping” to different sober living quarters that allowed couples. After a while they were homeless, living in her car in Del Ray, Florida. Irizarry began to realize that she not only needed to recover from substance use, but codependency.

She moved to Palm Beach County to be with a friend and started taking her 12-step fellowship work seriously. “I was doing the step work and I was doing more than I was before, but I was still in touch with the boyfriend,” she said. “At this point it had been close to three years that we were in a relationship so it was hard to let go.” Irizarry had some luck; she was reunited with her daughter, and she and her boyfriend moved into an apartment in South Florida. Despite the success in her life, Irizarry once again relapsed at close to eight and a half months sober. “That relapse for me had nothing to do with the relationship or anything. It was about me feeling so broken,” she said. “That relapse wasn’t a run, it was a suicide attempt. I planned it out and didn’t want anyone to stop me, but my best friend ended up showing up to my apartment sooner than I had anticipated and intervened and here I am.” Afterward, Irizarry left her boyfriend and began, once again, taking her 12-step recovery seriously. She attended women’s meetings, went through the steps, took other women through the steps, and achieved her first year of sobriety.

In July of 2019, Irizarry was facing the choice of renewing her lease or making a move. She’d thought about moving from Florida to Georgia to reunite with her mother. Around this time, Irizarry was volunteering with Recovery Church, a Christian recovery-based fellowship in Florida, where she did things like bookkeeping and accounting. The ability to forge her faith, work and recovery was profound. “Wow, I can do what I’m good at in terms of office and business management, but I don’t have to hide who I am as a recovering alcoholic and addict,” she said. Still weighing whether or not to move to Georgia, Irizarry noticed on Facebook that a friend from Florida relocated to Georgia and was working with Georgia Addiction Treatment Center. She began to research the center and discovered that the Executive Director was none other than her old Fort Lauderdale friend, Jesse Stone. Without having landed a job, she made the move.

Within days of arriving in Georgia, she and Stone met. Stone wanted to offer her a position, though unfortunately there wasn’t one available. Irizarry went to another job interview that afternoon and upon returning home, answered a call from Stone. He told her that only moments ago, the office manager at Georgia Addiction Treatment Center put in her two-week’s notice. He offered Irizarry the position. “We think that we’ve established relationships with people just for the moment, and we have expectations of people when we meet them,” Irizarry said. “But I look at the timeline of this, I met some people in Broward County five years ago, and they were a part of my recovery then and they still are a part of my recovery. I grew apart from them and moved to a different county, but where we reunited was in a completely different state, working in a field I never knew I would work in.” Now the Office Manager at Georgia Addiction Treatment Center, currently has 2 and a half years of sobriety and was recently accepted to the University of West Georgia to earn a BS in Social and Behavioral Health. She hopes to continue to make an impact on the recovery community and to encourage single Moms in recovery that if they stay sober, they can literally do anything they put their heart, mind and principles of recovery into.

Irizarry likes to keep in mind that you meet some amazing people in recovery, and you never know what good luck you might run into. “I try to maintain relationships with people even if I don’t talk to them all the time,” she said. “Who knows what can happen if you keep doing the next right thing?”